And that is EXACTLY what this feels like. How can anyone tell me this is the real world? I think the real world created this one. That’s what really fascinates me. I mean, I’m literally living in the twilight zone where TO THINK is to stand out looking like a freak. I cannot assimilate myself into this world any deeper than I have already been pressured to. Insanity is not a road I am seeking in this life. It’s like nails on the chalk board. No, wait… It’s worse. It’s like getting food poisoning, or maybe… like getting hit with one of Raytheon’s new pain ray toys! Yeah, that’s the ticket!

If we are to survive the coming changes, we must be prepared to go through the emotional fire and that goes against the social engineering and mind control. I simply want to be the fish swimming upstream. I yearn to follow my true nature. We were all born to be free and living in a world that goes again those principles literally makes us sick to our stomach. BTW, please pass me the bucket, I gotta pause for a sec.

I think about how mad this world has become and I think of romance. Where did it go? Another world out there beyond the doom and gloom perhaps? A nice reprieve from the insanity?

I think about the woman I love a lot, even though her feelings for me are a bit different. I read about the horrors of the the world, the rapes, the killings, the callous nature of big brother. I just want to defend and protect something right now (as the world’s become a threatening place). I’m a bit alarmed at how quickly it’s all escalated. Well…. in my ventures in that world of romance, I keep seeing the mind numbing signs that I have to dumb myself down just a bit to have a special moment with someone, be it romantic, friendly, or otherwise. In other words, self censorship. Out of the right brain, and into the left brain. Ahhhh…. Just like the workplace, how nice! The truth is that the things I share with people scare them silly and make them feel just plain uncomfortable. My reality is a bit much for most people. It’s like I got an energy field around me that’s a wee bit on the intense side. It hurts inside because I want to protect the weak. Its like a double edged blade that twists on the way out. Hmmmm, I’m no super hero but this sure sounds like a weird comic book plot. Only it’s not.

I will not change however, for my life does not exist to have the right mate, or companions, supporters, family. I am called to do greater things than have a ball on Broadway while getting my rocks off. There’s something larger at hand. I want to wake up MEN AND WOMEN. I want to see our species be happy, to truly see loving unions between our sexes, races, and other illusionary separations that we seem to think are real. I want to see the love vibration extend itself in such a dramatic way that the darkness engulfing this planet cannot sustain itself. In other words, its not humanity or life that needs to leave the planet, its the old energy that must be washed away by the incoming tsumani of great change. I’ve been ranting about that for a while now, and I’m not alone.

At the same time, I don’t want to simulate drugging myself by signing up to the latest new age seminar where nothing about the real world is discussed. I want be around true LIGHT WORKERS that understand that happiness really CAN come from helping others in ADDITION to the meditation sessions and other methods of raising our energy. I don’t want to live a life bouncing from self help book to self help group just focused on Alex and what’s up with him. Been there, done that. It’s not fulfilling. That is so 1995! (I did that stuff back when I was 15 or so). No, I’m not into the bench warming or self seeking bubbly enlightenment that requires no ACTION or PARTICIPATION in life. My purpose is to shatter the enslaving bubbles around people so that they may understand the architecture of the cage they live in. This way they can find the DOOR out or at least begin the process of finding the door. We need to identify a problem first before we can fix something. Coming to terms with how corrupt the system is is nearly impossible when you are in competition with certain male functional belief systems. (AKA operating systems).

I choose to live a reality of TRUTH TELLING out of compassion. To me, that is a much larger piece of walking the spiritual path. We are the watchmen. I don’t want to leave my brothers and sisters drooling on the side of the road eating a government hand out bag of GMO corn chips, drinking fluoridated NESTLE tap water to survive as they wait for FEMA to arrive and save them from themselves ( I mean question, detain, slap, tag, and vaccinate them). The poor things have had their minds raped at different levels of the psychological spectrum of thought! DOESN’T ANYONE IN THE WORLD CARE?! Ok. I’m ranting now. Back to the point. 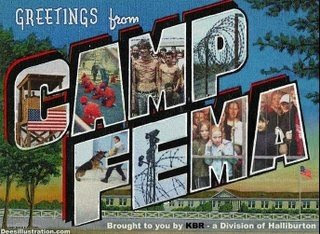 The reality is I am not alone. You can see much of what I see. There must be something said about living a reality where you can peer into the future, beyond the stars, and begin to connect with who you really are WHILE living the American nightmare as you prepare yourself for the days of urban survival that are waiting in the wings. I mean, we can SEE so much! Why are we here NOW at this time in history?

I look down upon the present day valley of death as I realize that I am a modern day peasant in an increasingly high tech kingdom of terror and destruction. I can hear the horsemen of doom galloping on their genetically modified horse monsters as they unleash their swords (bioweapons) and prepare for the kill. They have come for blood. Our blood. We are still seeking to identify who is really behind this mess. Meanwhile my primitive, spiritual, and intuitive defense of the species must go on to tackle a world where the consensus reality of consumeristic insanity is living off the bones of the dying world and calling it ‘living.’ That is not living. This is a death culture and we are now growing physically sick of it all.

I want change and I want it now. I will never give up because I feel like this is what it means to be alive. To defend. To love. To heal. To speak up for what’s right. It’s all I know, that’s the truth and I think it’s for a reason…. No one can wake me from this dream but myself. I will get to that point, when I take the right steps in my life and same goes for you.

Update on my Life, and moving on from Social Media

Solar Flares and Human Potential when the SHTF